Attacked at the Dog Park? Liability Waivers May Not Apply 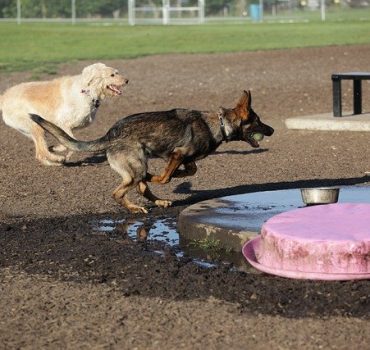 Despite the posting of signs warning people to enter at their own risk, dog owners may bear responsibility for injuries caused by their pets at Nevada dog parks. Dog parks offer fenced-in areas where people and their pets can engage in recreation sans leashes without the fear of cars and other hazards. Unfortunately, in these shared areas, other people’s pets may jump, run into, or bite people, potentially causing serious harm that requires medical treatment.

Dog parks permit off-leash play; however, owners still have a responsibility to be aware of the actions of their pets. Further, dog owners who know their pets have a propensity for aggression, biting, jumping, or other actions that may cause harm to another pet owner or dog at the park have a responsibility to not bring their dogs to these types of common areas. If dog owners bring pets that they know have dangerous proclivities to off-leash parks and their dogs cause injuries, they may bear financial liability for the associated damages.

Most dog parks have signs posting the rules for the area and waiving liability for injuries suffered while using the park. However, the mere existence of such a sign may not mean that people who use these spaces assume all the injury risk.

Owner Negligence and Recovery of Damages

The recovery of damages resulting from dog bite injuries at Nevada dog parks relies on proving owners acted negligently in not stopping their pets from causing harm. While those injured in animal attacks at dog parks may not argue they would not have suffered harm had the dog been leashed, they may argue that the owner did not exercise reasonable care in supervising their pets. Thus, people may recover damages, including lost wages and medical expenses, despite the state lacking a specific dog bite statute.

In defending against dog bite claims, some may argue that injury victims played a role in the attacks or incidents, and therefore, bear some comparative negligence for their injuries. Under this principle, people may only recover a percentage of damages commiserate to the fault attributed to the owner of the dog who caused their injuries. For example, if the court deems an injury victim is 20% at fault for the incident that resulted in his or her injuries, the victim may only recover up to 80% of the damages for their injury-associated losses.