Hoverboard Dangers Every Parent Should Know About 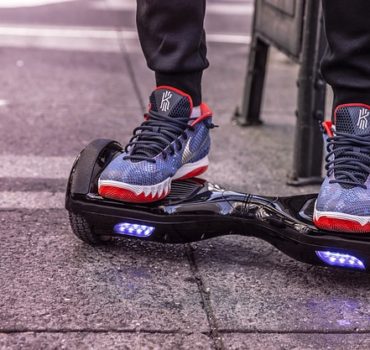 A string of safety concerns, including the tendency of hoverboards to burst into flames or cause severe injuries from falls, has erupted since these gadgets were introduced in 2015 and parents should be aware of the risks before buying them for their kids.

The most dramatic danger of hoverboards is their tendency to explode or burst into flames. The Consumer Product Safety Commission (CPSC) attributed this hazard to the lithium-ion batteries. While these batteries are safely used in cellphones and laptops, they become highly dangerous when they overheat or get bumped around. Also, some units use batteries that haven’t been tested or inspected and do not adhere to safety standards, rendering the already volatile gadgets even riskier.

In fact, these devices are so volatile that numerous airlines have prohibited passengers from bringing their hoverboards onto the planes. These devices have been recalled by eight manufacturers and two retail stores. Since 2015, there have been tragic stories involving hoverboards left to charge overnight or unsupervised and resulted in families losing their homes to fire. While other devices with lithium-ion batteries can be charged overnight, parents must know that this should never be done with a hoverboard.

Falls Associated with the Use of Hoverboards

It’s common for individuals to fall off a hoverboard, especially when they are still learning how to use the device. Falling off a hoverboard can cause severe injuries including concussions, broken bones, spinal injuries, burn injuries, bumps, and bruises. In one incident, just three days after buying the device, an Alabama man experienced a severe fall as the hoverboard reportedly exploded under his feet as he rode it outside his house. In such a case, flying debris from the exploding device can also be another cause of injuries. One study found that helmet use among patients who suffered hoverboard-related injuries was very low, with 20% of patients experiencing head injuries.

Parents should be mindful of the risks hoverboards present, buy only from reputable manufacturers and retailers, and use caution when charging the units or allowing their kids to ride them.