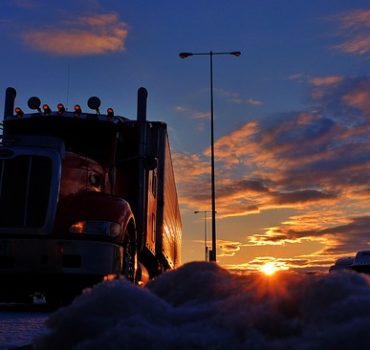 Long commutes to work mean that truck drivers are confined to a small space, absorb whole body vibrations, sit with static extremities posture for long hours, and experience other factors related to trucker fatigue before being exposed to the same conditions in a commercial environment. Long commutes cut into valuable rest periods and sleep and many truckers start their workday already fatigued. Drowsy driving and lack of inattentiveness is a very real threat to the safety of everyone on the roads.

The Effects of Fatigue in Truck Crashes

A report by the National Highway Traffic Safety Administration (NHTSA) cites fatigue and sleep deprivation as the contributing factors in almost 100,000 motor vehicle accidents and 886 fatal crashes annually in the United States. This is around 30 to 40% of the total truck crashes. Studies also reveal that commuting for long hours has a direct effect on work performance, sleep, fatigue, and safety.

In June 2014, a life-changing crash occurred in New Jersey Turnpike, claiming the life of comedian James McNair and leaving actor/comedian Tracy Morgan seriously injured. It is reported that the truck driver, Kevin Roper, was tired and had slept on the wheel before crashing into Tracy’s Mercedes Sprinter. The truck driver’s exhaustion was evidently the cause of the crash as he had slept for 4 hours and worked for 28 hours in the 33 hours before the incident. Also, the truck driver is said to have commuted about 800 miles in his personal car from Georgia to Delaware the night prior to assuming his duty of driving Walmart’s private fleet. The long commute to work took Roper approximately 12 hours and this was said to be the main cause of his fatigue.

Fatigue causes the loss of alertness, which is accompanied by decreased skill levels, poor judgment, and slower reaction time. A driver’s ability to concentrate and understand traffic situations is compromised. The Federal Motor Carrier Safety Administration (FMCSA) is conducting research to find out the consequences of extreme commuting on driver fatigue and general safety. The administration wants to know how often truckers have to commute for 2.5 hours or more to and from their work in their personal vehicles.