Americans Are Afraid as Passenger Drones Take to the Sky 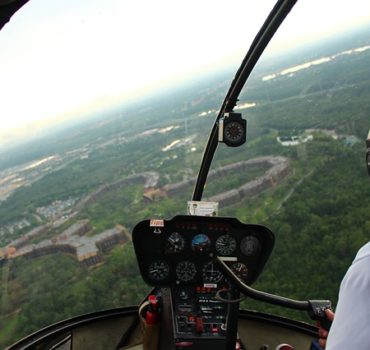 About 54 percent of people surveyed said wouldn’t feel safe taking a ride in a passenger drone taxi service. Only 5 percent said they were willing and would feel safe. However, 79 percent of American consumers said that they would be happy to fly in self-driving drones provided they could be in full control of it.

The race to develop autonomous aircraft is in high gear. Several companies in the U.S., China, and Germany are competing to bring to the market their different versions of electric flying vehicles that could potentially ferry people across cities. Chinese company Ehang released a video of passengers boarding its electric drones and taking off with the push of a button. The company says it has managed to rack up at least 40 successful journeys since 2015. The team has carried more than 1,000 test flights of the electric-powered aircraft, including some that turned “violent.”

In February 2018, Airbus’ Silicon Valley unit sent its air taxi prototype flying over Oregon. Two months before that, its competitor Boeing had bought Aurora Flight Science, an autonomous aircraft and aviation parts maker, in a bid to bring increased automation to drones and personal air taxis. Joby Aviation, a startup in Santa Cruz, CA, announced that it had secured $100 million in new funding from Toyota, Intel, and JetBlue. The secretive company recently demonstrated its technology with a piloted flight of around 15 minutes.

While traditional aircraft have globally recognized and rigidly established standards, national or international guidelines for the autonomous drones are yet to be set. And because many of the test flights were done in the province or abandoned spaces, the technology to safely operate in urban airspace while avoiding obstacles on the ground and other small aircraft has yet to be fully demonstrated.