Just How Bad Are Truck Accidents? 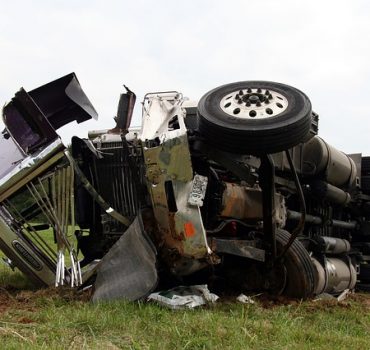 Nevada truck accidents are among the most dangerous types of motor vehicle collisions that can happen. Commercial trucks are much larger and heavier than other types of vehicles. The large disparity in the size and weight of large trucks versus other types of vehicles can cause catastrophic injuries and fatalities when accidents happen. Trucks also require a much greater braking distance than other vehicles because of their weights. This makes it more difficult for drivers to stop their trucks in time to avoid accidents. Other drivers need to understand the dangers of truck accidents and navigate around them carefully to avoid collisions. Truck accident statistics demonstrate the dangers of being involved in collisions with large trucks.

According to the Insurance Institute for Highway Safety, most fatalities that happen in truck accidents happen to the occupants of passenger vehicles. Trucks weigh as much as 20 to 30 times more than passenger vehicles. They also have a much greater ground clearance, which can result in other vehicles passing underneath the trucks and having override accidents. While truck drivers have many regulations that they must follow, many drivers violate the hours of service rules. This means that they may be driving while fatigued and have slowed reaction times.

When and Where Truck Accidents are Likelier