Never Apologize After a Car Accident 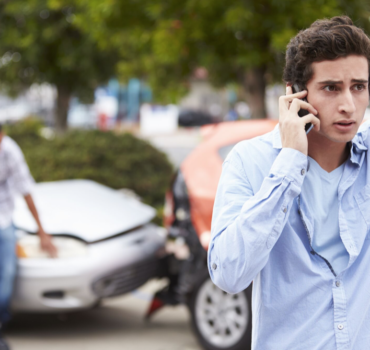 Apologizing after an accident may seem like good manners, but it actually hurts an individual’s chances of succeeding in a personal injury or insurance claim after the incident. An apology is often viewed as an admission of guilt or fault. In a car accident claim, this can put any future claims at risk or make it easier for the other party to sue the driver. This information is critical to know before an accident occurs, because in the moments after a crash the confusion and frustration that set in make mistakes more likely.

Admitting Fault Is a Serious Mistake

A driver should never apologize after an accident because it makes it look as if the driver is admitting fault. Even if the driver feels responsible for the accident, or if the driver was clearly at fault, apologizing, and therefore claiming fault, takes the burden of determining what happened off of the shoulders of law enforcement and insurance officials. Onsite apologies may play a significant role in car crash fault.

If the other driver in an accident decides to sue for damages, or if one of the insurance providers chooses to sue, the driver that apologized will be in a difficult position. Similarly, if the driver’s car accident lawyer recommends making a claim, but the driver apologized or admitted fault, the claim will stand on shaky ground.

What to Do After an Accident Instead of Apologizing

Instead of apologizing, drivers involved in an accident need to first ensure everyone is physically safe. This may mean moving out of the path of traffic, setting up flares if available, and checking for serious injuries that require emergency medical care. Then, drivers should call emergency responders to come to the scene. When the law enforcement officials arrive, drivers should provide a statement of the facts about what happened, without admitting or confessing a fault. Finally, all parties should stay at the scene until the law enforcement officials can collect the necessary evidence for the case.

During the time spent waiting, drivers involved in car accidents should contact their insurance providers to let them know what happened. Contacting a car accident lawyer as soon as possible after the accident is also helpful to ensure the driver does not make any mistakes. By sticking to the facts and contacting the right parties, drivers can prevent any serious mistakes that would put any future claims at risk.