Were You Injured in a Broadside Collision? 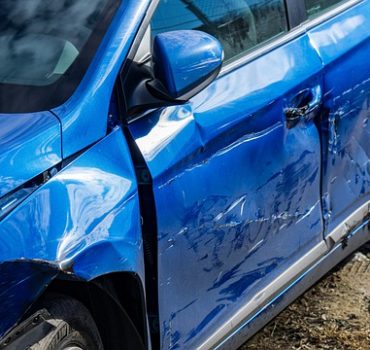 Broadside accidents may cause serious injuries or death for the drivers and other occupants of the vehicles involved. Also referred to as T-bone, side-impact, and angle collisions, broadside crashes happen when the front end of one vehicle strikes the driver or passenger side of another vehicle. According to the Nevada Department of Transportation, angle crashes occurring at intersections throughout the state between 2012 and 2016 resulted in 182 deaths and 1,587 serious injuries.

The Causes of Broadside Collisions

A variety of factors may contribute to the occurrence of side-impact accidents, many of which result from driver negligence or carelessness. Some of the most common causes of broadside crashes include:

In some cases, factors outside drivers’ control, such as poor weather conditions, may also play a role in causing angle collisions.

Broadside accidents may cause injuries ranging from minor to severe. The sides of vehicles lack the extra space and crumple zones their fronts and rears have, which help to protect vehicle occupants during head-on and rear-end collisions. Consequently, depending on the speed of the crash, the impact site, and occupants’ locations within the vehicle, people involved in t-bone wrecks may suffer injuries including cuts, abrasions, bruises, punctured eardrums, or broken bones. In more serious cases, broadside collisions may cause concussions or other traumatic brain injuries, whiplash, spinal cord injuries, or internal bleeding.

Victims who are injured in t-bone accidents may hold the drivers responsible for causing the wrecks financially liable for their losses. People may seek compensation for pain and suffering, medical expenses, and lost income during their recoveries.

Under Nevada’s comparative negligence statute, the level of fault that plaintiffs bear for their role in causing broadside accidents may affect their compensation awards. For example, an angle collision occurs when one vehicle runs a red light. Although it had the right of way, the other vehicle involved was speeding, causing the jury to assign 20% of the fault for causing the accident to that driver. The speeding driver could then only receive damages of up to 80% of his or her losses.