What Happens to Your Body After a Crash 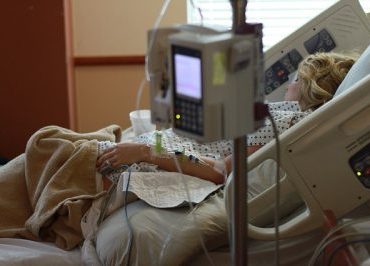 The impact of auto collisions can cause people’s bodies to undergo significant changes and suffer serious trauma. Despite their safety features, modern cars cannot absorb all the force from an impact in most situations. Consequently, the impact is transferred to drivers and passengers.

The Energy of an Accident

When car accidents occur, the kinetic energy created by the car’s motion is released in a sudden burst. Before a collision, the occupants’ bodies are moving at the same speeds as their automobiles. The impact of a crash causes vehicles to stop suddenly, but drivers’ and passengers’ bodies may continue moving at the same speed as before the wreck. Due to this momentum, people may suffer a range of serious physical and internal injuries upon impact.

The body releases hormones and chemicals to prepare itself for the trauma of a motor vehicle collision. Adrenaline may give people more energy, increase their oxygen, increase their muscle strength, reduce or eliminate pain, and cause tunnel vision and forward-directed hearing. Also released at the time of a crash, endorphins block pain and help adjust people’s moods.

People may suffer a range of physical injuries as a result of auto collisions. Even if they are buckled up, people’s bodies and limbs may be thrown or jostled about vehicles’ cabins at the time of an accident. This may cause their bodies to recoil sharply or strike other objects, potentially resulting in whiplash, disc herniation, bruises, fractures, abrasions, or lacerations.

Seat belts and airbags provide essential protection for vehicle occupants in an accident. According to the National Highway Traffic Safety Administration, an estimated 14,955 people’s lives were saved in 2017 by seat belts. However, the impact of collisions causes seat belts to exert significant force on people’s upper torsos, which may cause rib or collarbone fractures.

The force exerted on people’s bodies by seat belts or airbags as a result of the impact of a car accident may cause victims to suffer serious internal trauma. Head injuries can cause blood clots, while impact to the chest could result in broken or collapsed ribs. In some cases, the force of a crash’s impact may cause bruising to the heart, or the tension of a seat belt on the abdomen could cause organs such as the intestines or stomach to rupture or be bruised.