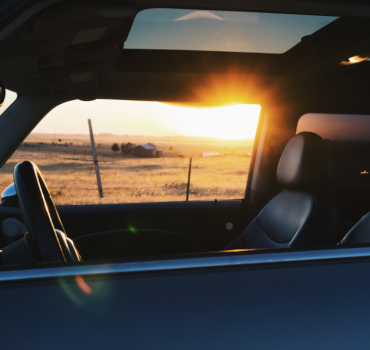 Sunroofs can explode for a number of reasons, and when they do they can create a dangerous distraction for drivers and a hazardous shower of glass shards that can cause abrasions, cuts, and deep lacerations. Since 1995, consumers in the US alone have filed more than 850 complaints stemming from sudden, catastrophic sunroof failures. More than 70 percent of complaints were recorded in 2011 or later.

The problem has been discovered on 208 models of vehicles manufactured by more than 35 different automobile manufacturers over the past two decades. Since 2015 the number of reports has risen exponentially. Changes in material quality or sunroof design may be partly to blame as exploding sunroofs increasingly leave consumers vulnerable to life-shattering personal injuries.

What Causes Sunroofs to Explode

Unlike airbag failures, sunroof explosions are not a problem that is well understood. Manufacturing defects that weaken the glass and make it prone to catastrophic failure when the glass is stressed during movement of the vehicle or when the glass is exposed to temperature extremes could be the culprit. Ceramic printing that may weaken the edges of the glass can create additional stresses that can also cause sunroofs to fail. Many investigators assert that the failures could also be the result of cumulative stresses that occur gradually such as visible cracks, bends, buckles, etc. Most sunroofs are made of tempered glass and are not laminated like windshields and windows, so when they crack and shatter, there is no plastic film that holds the shards together.

Unnecessary Hazards to Drivers and Passengers

Sunroof explosions often create a loud, sometimes deafening bang just inches from a driver’s ears. In addition to potentially causing hearing damage, the initial shock can cause motorists to lose focus on the road which can lead to swerving, sudden braking, and other actions that can cause an accident. Further, most sunroof explosions result in a shower of tempered glass that can cause severe cuts to the skin and creates the potential for permanent damage to the eyes. Thus, when a sunroof shatters it can trigger a chain reaction of events that can cause serious, potentially disabling injuries that can severely impact the individual’s health and overall quality of life.