Narrower Traffic Lanes May Be Safer. Here’s Why 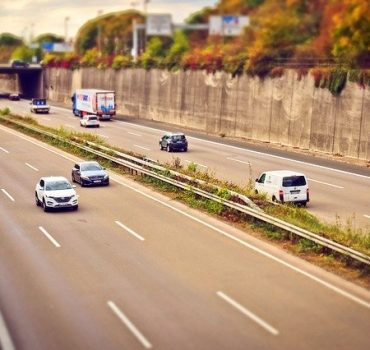 Narrower traffic lanes may help reduce the crash risk for drivers in Nevada and elsewhere. Transportation engineers and planners have opted for wider lanes for years, considering them safer and more efficient. However, data suggests many cities may benefit from reducing the traffic lane widths on their streets and highways.

What Is the Safest Travel Lane Width?

The study findings published in a conference paper authored by Toronto’s senior transportation planner for the 2015 Conference: Canadian Institution of Transportation Engineers suggests the safest lane width range falls between approximately 9.2 feet and 10.6 feet. To examine the safest range of travel lane width, the study drew data from two existing databases that were gathered to analyze side-to-side vehicle collision causation at signaled intersections – one from Toronto and one from Tokyo. The data demonstrated an increased risk for motor vehicle accidents when the lane widths were less than about 9.2 feet or more than 10.6 to 11.2 feet.

Why Were Wider Lanes Viewed as Safer?

Numerous factors contribute to the widely held favor of wider travel lanes. Historically, transportation planners claimed lanes with widths of more than 12 feet increased traffic capacity and improved traffic flow. Additionally, it was asserted that lanes between 11 feet and 13 feet created a more comfortable buffer for motorists, which allowed them ample maneuvering space within traffic lanes. Having more space, it was viewed, would make drivers better able to avoid sideswipe accidents.

Making the Case for Narrower Lanes

Narrower traffic lanes offer several safety benefits. According to the National Association of City Transportation Officials, having narrower lanes encourages drivers to slow down. Traveling at reduced speeds may help reduce the occurrence of some collisions and decrease the severity of car crashes that do occur. Additionally, narrower lanes also benefit pedestrians. Decreased lane widths create shorter crossing distances for pedestrians at intersections and crosswalks, which may help cut down on the number of accidents involving vehicles and walkers, joggers and others on the roads.

Researchers suggest narrower lanes have little effect on traffic capacity, and therefore, do not contribute to increased congestion and greater crash risk. According to the Effective Utilization of Street Width on Urban Arterials by Douglas W. Harwood, 9.8-feet-wide traffic lanes have 93% of the traffic capacity of 11.8-feet-wide lanes.