What Is Pseudobulbar Affect? 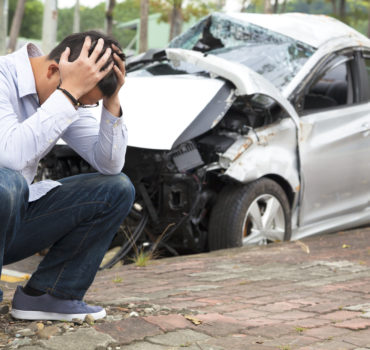 Pseudobulbar affect is a complication that sometimes occurs after a person suffers a traumatic brain injury. While PBA is often associated with sports-related head injuries, the condition can occur in victims of car accidents and falls. The neurologic condition is generally characterized by sudden, uncontrollable outbursts of crying and/or laughing that are unrelated to how a person is feeling. Victims who suffer from PBA may be able to work with an injury lawyer to recover compensation if their conditions are caused by the negligence of another party.

Who May Suffer from Pseudobulbar Affect?

It is estimated that 2 million Americans suffer from symptoms of PBA. The condition has been found in people who have been victims of car crashes or falls, athletes like football players or boxers who have had multiple head injuries, and dementia patients. However, not everyone who suffers a bad concussion or another traumatic brain injury will develop PBA. This makes it difficult to predict whether it will happen. One possible indicator that PBA will occur is lesions on the part of the brain that regulate emotions.

PBA is often misdiagnosed as depression by patients and doctors. When this happens, the condition is not properly treated and can lead to emotional exhaustion. Sufferers may withdraw from their families and friends because of the embarrassment this condition can cause. Without realizing they have a medical problem, victims often adapt their lives to avoid situations that trigger PBA-related symptoms.

Attention has been brought to the existence of PBA through the “Tackle PBA” campaign, a joint effort between Avanir Pharmaceuticals, Inc. and Gridiron Greats. Findings from the recent Gridiron Greats Assistance Fund Survey of former football players include:

Can Symptoms of PBA Be Controlled?

Traumatic brain injuries, including Pseudobulbar Affect, often require long-term treatment. Recently, a promising treatment has been found to control PBA symptoms using a combination of existing medications, dextromethorphan, a cough medication, and quinidine, a medication that is normally used to treat malaria and irregular heartbeats.