5 Things Not to Say After a Car Accident 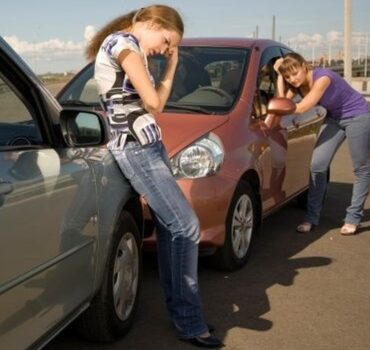 Saying the wrong thing after a car accident could compromise injured victims’ ability to recover full compensation for injuries and other damages. Statements that are made after a crash can be used against victims when they file personal injury claims or lawsuits against negligent parties. If an individual is involved in a car accident, the following are some of the things that he or she should avoid saying.

1. Apologies of Any Kind

Victims should not say the word “sorry” or offer any other type of apology. Others may perceive this as an admission of guilt. Subsequently, other parties involved may be able to use this apology against the victim, even if the victim wasn’t at fault for the accident.

2. Acceptance of a Settlement

Due to the rush of adrenaline after a traumatic accident, injury victims may not notice the symptoms of serious injuries for hours or even days after a crash. While some victims may not need to seek immediate medical treatment for their injuries, they shouldn’t assure others involved in the accident that they are not injured.

Personal opinions about who caused the accident should be avoided when making statements to other drivers, insurance companies, or the police. Even if a driver initially believes he or she was at fault for the crash, the other party could be determined to be responsible after an accident investigation has been completed.

5. Expressed Thoughts About What Happened

It’s important to avoid making assumptions about the aspects of the accident. If an accident victim is unclear about what happened, it’s best to avoid saying anything at all.

Knowing what to avoid saying after a car, motorcycle, biking, or trucking accident can help secure a victim’s right to recover compensation through a personal injury claim or lawsuit.