Did Tire Gators Cause Your Truck Crash? 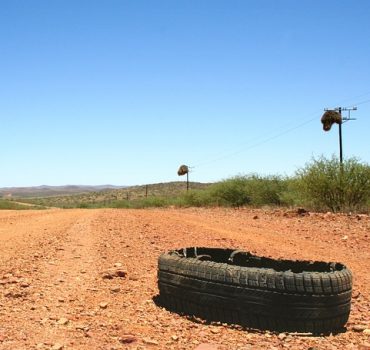 Road gators left behind by commercial trucks may contribute to serious collisions. Debris, including items that fall from vehicles or get tossed out by drivers or passengers, litters the shoulders, gutters, and even traffic lanes on the roads and highways throughout Nevada. Some such items may present the risk for causing significant damage if struck by vehicles, as well as for motorists to lose control of their vehicles as they attempt to avoid hitting them.

What are Road Gators?

Strips or chunks of truck tires that come off during transit have gained the nickname of road gators because the treads mimic the look of alligators’ backs as they lay alongside the streets or in the road. Potentially dangerous like their namesakes, these tire treads often contain metal bands inside, which may contribute to them causing serious damage if struck or run over by another driver.

When wheels hit road gators left behind by large trucks, it may cause significant damage to the vehicles or contribute to drivers losing control of their cars. Driving over these thick, hard pieces of rubber may shred vehicles’ tires, cause them to curl up and wrap around vehicles’ tires, or allow them to get stuck in vehicles’ spinning axels.

Road gators are created when semitrailers have tire blowouts, as well as due to the rubber shearing off retreaded tires. Both situations often result due to poor vehicle maintenance. For example, this may include a trucker continuing to drive on a severely underinflated or flat tire, or due to the trucking company failing to properly inspect the tire treads and inflation before the trip. Traveling at high speeds during the hot summer months may also contribute to tires breaking down, which may lead to them leaving behind road gators.

Who is Liable for Road Gator Car Accidents?

Commercial truck drivers, the trucking companies, or both may bear financial responsibility for the damages caused by road gator-involved truck crashes. Provided at least 50% of the fault or combined fault for causing such accidents falls to the trucker or trucking company, those injured as a result may recover damages for their associated losses. The party or parties who may have to compensate accident victims depends on factors, including the cause of the thread shearing or tire blowout.