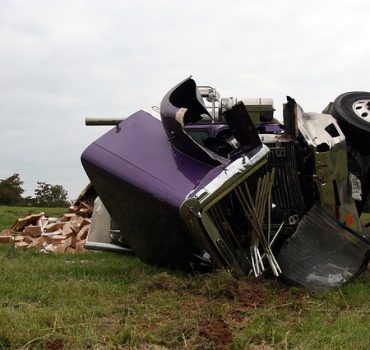 Several factors contribute to trucking accidents in Nevada and throughout the United States. Some collisions are caused by traffic or road conditions or vehicle defects. However, the most common causes of trucking accidents involve drivers’ actions or inaction. According to the Federal Motor Carrier Safety Administration, approximately 107,000 large trucks were involved in wrecks resulting in injuries, and 4,657 were in fatal crashes in 2017.

Factors including distraction, reckless operation, drug or alcohol use, and fatigue commonly play a role in causing truck collisions. Such careless or otherwise negligent behavior on the part of commercial vehicle operators resulting in accidents may cause other drivers or their passengers to suffer serious injuries or death.

For commercial motor vehicle drivers, distractions may include any activities that take their attention off the task of driving, hands off the wheel, or eyes off the road. For instance, checking or sending a text while driving incorporates cognitive, manual, and visual distractions. The FMCSA points out that drivers who text while operating large trucks are about 23.2 times more likely to get into a collision than drivers who do not text while driving.

Drowsiness may significantly impede drivers’ ability to safely operate large trucks. Of the accidents analyzed for a causation study conducted by the FMCSA, 13% of the drivers involved were drowsy. Fatigued drivers may have delayed responses to hazards and experience other impairments such as decreased attentiveness and reduced ability to make sound decisions.

Reckless behaviors, such as driving too fast for the road or conditions, often lead to trucking crashes that result in serious injuries or death. Traveling at excessive speeds may cause commercial truck operators to lose control of their vehicles or prevent them from stopping or taking other evasive action in time to avoid road hazards or traffic condition changes.

The consumption of alcohol or the use of substances such as cocaine, marijuana, or even prescription medications may lead to serious impairments for commercial truck operators. Alcohol or drugs may reduce drivers’ coordination, slow their reaction times, and impede their judgment. Consequently, drivers who operate large trucks while under the influence of alcohol or drugs may have an increased risk of causing serious or deadly accidents.