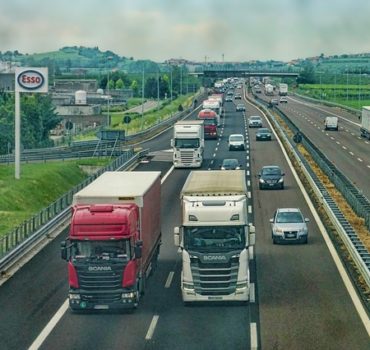 Trucking companies are using debt and threats of job loss to force drivers to stay on the road, even when fatigue, illness, or mechanical problems may be raising their risk for accidents. The pressure to take loads, no matter the risk, has caused an increasing number of drivers to operate their commercial vehicles unsafely. Forced dispatch is a dangerous trend that increases the potential for accidents that cause serious injuries and deaths to drivers and other motorists.

Forced dispatch is a growing trend among today’s trucking companies. It occurs when a driver is not able or willing to take a trip, but the dispatch or trucking company finds a way to insist that the driver does take the load. In the case of port truckers investigated in Los Angeles, loads are often forced on drivers through the risk of job loss. These drivers, many of whom have limited English speaking abilities, use their income to lease-to-own their trucks through their trucking companies. If they lose their jobs because they refuse to drive, they lose their income and also their trucks. To avoid this situation, drivers will take the job, even when they feel it is unsafe to do so.

Because of the safety issues created by a culture of forced dispatch, the FMCSA has brought forth a rule that makes it illegal to force drivers to drive against their will. Drivers are now allowed to refuse to take a job because their vehicle is malfunctioning, they are up against hours of service regulations, they are ill, they are tired, or they are experiencing another issue that makes it unsafe to drive. Carriers that are found guilty of forcing drivers in spite of the rule will face significant fines of up to $16,000. They can also lose their operating authority.

Although it is unlawful to coerce a driver to get back on the road against his will, coercion is still happening. When truckers or other motorists are injured because of forced dispatch, they have the right to seek financial compensation from trucking companies, dispatch companies, and their insurers.